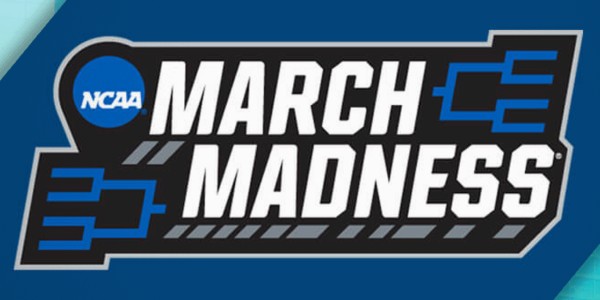 What annual event is the most wagered on in the US? 2021 March Madness betting is projected to be higher than the NFL Super Bowl. No other sporting event in America attracts as many casual bettors.

As everyone knows, the 2020 March Madness tournament was cancelled.

Initially, there were plans to play without fans, but the NCAA was forced to cancel the tournament due to rising COVID-19 numbers and the uncertainty surrounding player health/safety.

Can you believe that was the first time in history that March Madness had to be cancelled?

Even during World War II, the tournament was still played. Since the first March Madness in 1939, this was the first year that the NCAA had to completely cancel the tournament.

Is March Madness 2021 a Guarantee?

While nothing is a guarantee, NCAA senior vice president of basketball Dan Gavitt stated in August that “We are going to have a tournament” in 2021. It’s just too costly not to.

The health and safety of everyone involved is paramount, but the NCAA needs a tournament in 2021.

The NCAA took a big financial hit in 2020, but sportsbooks were also impacted. They need 2021 March Madness betting back as well.

When Does the 2021-21 College Basketball Season Start?

Initially, the season was supposed to begin on November 10th 2020, but the start date was recently pushed back at a September 16th 2020 meeting among the NCAA D1 Council members.

Here are the details we know about the upcoming NCAA basketball season:

No exhibition games or scrimmages are permitted.

Teams must not play more than 27 regular season games.

Teams have been advised to schedule a minimum of four non-conference games.

We still don’t know what conferences will be playing, though. Schedules haven’t been released yet either. Due to COVID-19, we know the Pac-12 has postponed all sports until January 2021.

Like in year’s past, the March Madness tournament will have 68 teams competing for the title. A total of 32 teams earn direct qualification (conference champions) and 36 teams earn at-large bids.

Here are the important dates to mark on your calendar:

The March Madness tournament is scheduled to begin in Dayton, Ohio for the First Four match-ups. The Final Four and National Championship are scheduled to be played in Indianapolis.

Host cities have been chosen for the tournament, but that could change in 2021 based on COVID-19.

At the time of our last update (September 21st 2020), Villanova are favored to win the title, but there are four teams priced under 10/1 odds (Iowa, Baylor and Gonzaga).

If you don’t see your team priced up here, most online bookies will price up any team if you message support. The following 2021 March Madness betting futures odds were taken from BetOnline.

How Much Is Bet on March Madness Annually?

The American Gaming Association (AGA) estimated $8.5 billion was bet by Americans on the 2019 March Madness tournament. With the increase in betting handles, 2021 will be even bigger.

In 2019, it was estimated that nearly 18 million Americans will wager $3.9 billion with bookies/friends.

The AGA also estimated that 5.2 million Americans placed a bet online during the 2019 tournament.

More than half of the predicted $8.5 billion wagered on March Madness by Americans is on brackets.

We all want to hit that perfect bracket in 2021 and we’ll be providing in-depth statistics and trends to help our members win the 2021 March Madness bracket pool at the office.